Team Type 1’s philosophy is that no one should die from diabetes. No one should suffer hardship or a lower quality of life because they have diabetes. Access to healthcare is a human right. Our vision is a world without poor health or death from diabetes. Without the common stigma that people with diabetes can’t.

Today, Team Type 1 is the world’s largest diabetes and sports organization with more than 170 athletes with type 1 diabetes spreading our message of hope and inspiration. Our programs focus on affordable access to diabetes medication and care all over the globe.

In 2011, Phil Southerland, founder and CEO of Team Type and Team Novo Nordisk (a team of endurance athletes with diabetes competing around the world at the highest levels of cycling) was invited to be a keynote speaker at medical conference on diabetes hosted by the Government of Macedonia (North Macedonia), Ministry of Health. Dr. Biljana Southerland who’s team created the national Program for Diabetes at that time, attended the conference and heard the powerful story of what these athletes were able to achieve as a result of proper diabetes management – which included frequent testing of blood sugar levels of up to 15 times per day. Dr. Southerland was inspired to expand the Macedonian program. 2 years later Dr. Southerland becomes Phil’s wife and they relaunched the Team type 1 Foundation with renewed mission and same passion.

In the past 8 years we have brought life-savings medicine and changes in National diabetes healthcare policy to the people of Rwanda, the DR Congo, and North Macedonia.

A cornerstone initiative, the Global Ambassador Scholarship Program, awards college scholarships to US-based student-athletes with diabetes attending and playing a sport for an NCAA or NAIA school. The funds awarded offset the financial burden diabetes places on families and allows students to focus on what’s important – their health and their education. Beginning in 2020, TT1 will focus its efforts on affordable access to diabetes care in the States. By working with industry, government, patients, and other key stakeholders, we will fight to make insulin affordable to everyone who needs it to live.

Team Type 1 (TT1) was established with the mission to “instill hope and inspiration for people around the world affected by diabetes.” We believe that with appropriate diet, exercise, treatment and technology, anyone with diabetes can achieve their dreams. Founded in 2005 by Phil Southerland and Joe Eldridge, TT1 operated as a grassroots initiative to inspire people with diabetes to better manage their disease.

Merging a passion for cycling and a desire to raise awareness, TT1 established the first men’s professional cycling team, including athletes with type 1 diabetes, which is now a world-class cycling program bringing global awareness like never before.

Although frustrating when someone says you can’t do something because you’re physically challenged, oftentimes this “can’t” spurs people to defy the odds and find a way to make it happen regardless. That was the case with Phil Southerland.

At just seven-months-old, Phil was diagnosed with Type 1 diabetes, and doctors predicted he probably would not live beyond the age of twenty-five. But now in his 30s, he already has proved those predictions wrong. Instead, he has turned what was considered a death sentence into a global movement to radically change lives – the lives of people around the world affected by diabetes.

Phil recruited a team comprised of cyclists with diabetes, and together they participated in the demanding “Race Across America” in 2006. Not only did Team Type 1 gain prominence for its mission and perseverance with diabetes, but four times the team has won the event. Phil’s vision has come to life and he’s embracing it, with a passion for cycling while managing his diabetes to carry him through.

“I recognized how important exercise was for my diabetes management,” Phil says. “Exercise and diabetes simply go hand-in-hand.”

TT1 is transforming the way the world looks at diabetes, and the brand has become a global movement to demonstrate to the world that with proper education, care, and empowerment – anything is possible.

In 2011, TT1 met with leaders from the Macedonian government to promote healthy living with diabetes and necessity of medical supplies. The Ministry was funding the Diabetes camp where Phil Southerland was invited to give a speech. Dr. Biljana Southerland was attending both of his speeches at the University and at the Diabetes camp. She was beyond the words impressed how TT1’s athletes were living healthy lives, and achieving their ambitious goals in sports—managing the disease by checking blood-glucose a dozen times or more each day in order to stay in perfect health. She initiated political change that lasts nowadays and all people with type 1 diabetes in Macedonia have everything they need covered fully by the Government.

Biljana inspired Phil to know that global change with providing a sustainable model for diabetes supplies for everybody with diabetes in the world is possible. Biljana is Phil’s wife now and they work together on providing best health care for people with diabetes through the Team Type 1 Foundation.

Any cookies that may not be particularly necessary for the website to function and is used specifically to collect user personal data via analytics, ads, other embedded contents are termed as non-necessary cookies. It is mandatory to procure user consent prior to running these cookies on your website. 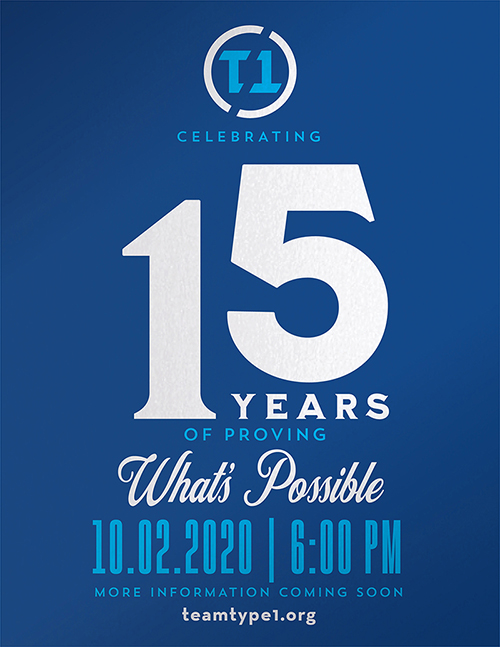